Maria is a minor character in Escape the Night season 3 and a citizen of Everlock. She is one of the three citizens that was cursed by the witches who's curse must be broken in order to cleanse the Wickerman Doll. She is also the younger sister of Sam.

She is first introduced when she confronts Belle demanding her brother Sam back. Belle however says no and instead uses the Amulet of Youth to steal her youth turning her into an old lady.

She first meets the guest after they arrive at Fatman Slim's with Pig Face, she seems surprised that the guest are there with her saying "thought everyone went home". She then tells the guest how the Witches killed her brother and stole her youth saying she looks like a "hag" causing Joey and Ro to complement her on her outfit and hair. After telling the guest were the can find her brother's bones the group splits to complete there task. As Joey's group gathers the ingredients to preform the revival spell in Fatman Slim's Sandra walks in as they hide and threatens Maria to tell her what going on before saying she dose not have time for this and leaves to meet her lover. After Joey's group revives Sam and retrieves the Wedding Ring from a Dead Man they make there way back to Fatman Slim's only for the Witches to emerge from Flint's Arcade with a captured Maria causing the group to hide. The Witches then state if the group dose not reveal themselves they will slit Maria's throat. Encouraged by the group Rosanna reveals herself in order to save Maria, while she dose save Maria Ro is cursed in the prosses. When they arrive back at Fatman Slim's Maria almost burst into tears when she hears her brother is alive. After the challenge Manny uses the Amulet of youth and restores Maria youth who then hugs the guest before reuniting with her brother and running off into the night.

Maria, Sam, and Pig Face are the only Citizen of Everlock we see who are still alive during the night, and the only ones who may have survived.

Maria is one of the two people who indirectly responsible for Rosanna's death due to the fact she was cursed by saving her. The other being Joey

Matpat said "Ro's memory will live on with her" after Ro's death.

As the Maria and Sam run off the guest say its a happy ending until Mat points out that Ro is still dead.

As some fans have noticed such as tumbler user larksweetsong in her picture in the gallery Maria and Sam Blood siblings were reunited by Mat and Ro "Soul Siblings" being torn apart. This comes from some fans making the Joke that Mat and Ro are like Siblings. 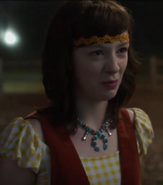 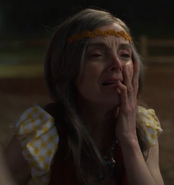 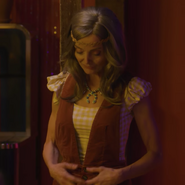 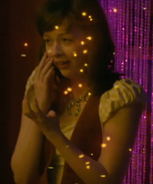 Add a photo to this gallery
Retrieved from "https://escapethenight.fandom.com/wiki/Maria?oldid=25337"
Community content is available under CC-BY-SA unless otherwise noted.