What's on your mind?

I'm Here To Say Something WHY IN THE FUCKING HELL DOES IT LOOK LIKE THE GORGON HAS A DICK!?!!

As much as having a winner season, for season 6 sounds I honestly, am hesitant because I don't want any of the past winners to die.

Look these people went through hell and back to get there wins, and now Joey is dragging the back in I mean think about.

Matt- Joined the SAE for Joey, died once, and has a kid

Colleen- Died twice, has a kid, buttload of PTSD

Eva- Watched Tim shoot himself, almost got blown up with a grenade, hasn't talked to joey since season 1

Nikita- Killed Roi, and had to shoot Manny

Oli- got sapped by electricity

And god knows what they do to, the season 5 winners.

I'm just saying these people have given there all, and outside of 2 people, I would hate to see any of them die.

I've seen this thrown around a lot on Instagram, but I want the opinion's of people who actually watch the episode, and look at all the details. people can really make arguments for these guests, rather then just saying they were helpful, but give details, and I would love to hear your opinions on this matter.

First: this is considering true contributions to the group- meaning puzzle solving and helping push the group to escape thee night, so please leave your love for the character, at the door, consider .

Second: Consider the performance form this season as if this were the youtuber's first season, don't think of their first season.

Third, and most important you can only consider there actions till episode 5, I may regret this, but to add the actions of Colleen after Tana's death sort of stacks the odds more in her favor, as she could not preform an action.

As for as opinion I would bring back Tana, she solved both the idol puzzle with DeStrom, and Tim doing a lot of the work and finding the anki . While Colleen during this episode more or less isolated her group, and was more part of the group the fire pit rather then the stand out person of the group witch was more of Justine during episode 1.

In episode 2 Colleen did a bit more in the episode since Tana got captured earlier, but you got to give credit to Tana for winning a death challenge.

I feel in episode 3 both were matched with Colleen pulling a bit ahead wit the whole elephant thing. (thought I loved how Colleen hatred of DeStorm blew up in her face with the coins, and Challenge.)

Episode 4, was Tana's victory she was the only one besides Ro to gain a favor, as she played to her strength like Ro did. Colleen Unfortunately didn't have anything that made here stand out during the challenge, and you could clearly tell she was forcing a performance, especially during the eating part, and clothing.

Episode 5 to me is were Tana truly shined. Colleen helped her team with the Crown, but Gabbie, and Alex were the ones who solved it. However Tana carried her team with the backwards puzzle I feel like it wasn't for her, and some later assistance from Bretman ( with the cards). The staff would have had to get creative with how to not have everyone there die. Finally during the challenge tana solved both here puzzles, and almost completed one of Gabbie's if she were paired with anybody else or given more time she would have won.

In the end all these points are why I think Tana should have come back, and it doesn't help that during the revival episode that Joey said he was tired of making choices of how useful people were, and then made the choice for the group on who to bring back. But what do I know maybe Tana declined the revival.

(BTW given the subtle hints during twitch Strems of season 2, I think we know which "Star" was mad at there death during season 4).

Special profile tags have been created for the Community of the Escape The Night Wiki! These ranks are given to editors who have collected a select amount of achievement points on the wiki.

You can check how many points you have on the right-hand side of your User page! If you have already reached each point goal, you should have the select rank already. (If you do not, message a staff member!)

Haven't reached a rank yet? Don't worry! Earning points is super easy, and can be done simply by editing the articles normally! (The Leaderboard will be checked periodically by staff to give the rank to users, but if you'd like to get the rank as soon as you reach a new goal, message a staff member!)

Large edits (small edits are understandable, as we've all done it when we're so close to a badge) in order to gain badges and ranks will first result in a warning. If the edits are so severe (jumping multiple spots in the Wiki Leaderboard, jumping from the beginning of one rank to the beginning of another, etc) they will result in a temporary/permanent ban instantly. Second offensives will result in a temporary/permanent ban. Punishments may be modified based on a user. 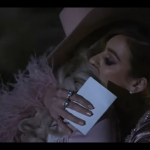 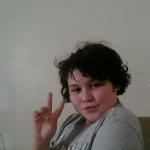 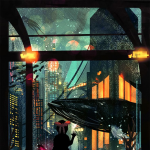